Hi friends! Today’s post is a guest post from Sam of Samanthabilty and WDW Expert. Not only is she an Orlando local, but she is a true expert on everything there is to do and see around town! In this post, she’s broken it all down all of her tips into this lovely post to make your next trip to Orlando a success! If you’re interested in guest posting on This Girl Knows It too, just click here to contact me.

When I first moved to Orlando over two years ago, I definitely didn’t know what to expect. I would be lying if I said I was moving the City Beautiful for anything other than the theme parks. I positioned my first apartment close enough to Disney World so I could take full advantage of my annual pass. It took me a while to push myself out of my comfort zone and explore all that Orlando has to offer, and I’m so thrilled that I did.

Orlando isn’t anything like you think. It’s hip, super weird, and always full of surprises. I’ve been all over the world and never experienced anywhere quite like it.

One of my biggest pet-peeves is when visitors travel to Orlando, slow down our traffic, cluster up the local Target, and never even get out of the touristy area. That’s probably why Orlando has such a reputation as the tourist capital of the world. Over 100 million tourists flock to the City Beautiful for the theme parks each year — yikes!

So what’s outside of the touristy confines of Walt Disney World and Universal Studios? As I said, you might be surprised. Here’s a local’s guide for exploring Orlando like a pro. (Hint: there’s a lot of great food here!) 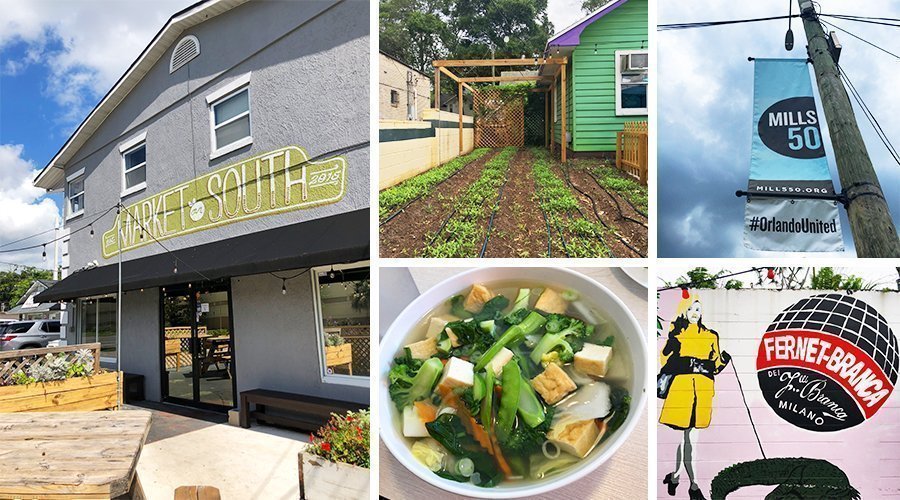 Downtown Orlando is pretty stunning (I especially recommend checking out Lake Eola), but it’s the outskirts that are really worth visiting. Mills 50 and the Milk District are some of the coolest neighborhoods I’ve ever seen, and they’re my number 1 recommendation for any visitor who wants a “local’s only” vibe.

Located just a mile outside of downtown Orlando, Mills 50 gets its name from Mills Ave, and it’s an urban, culturally diverse district. The buildings look like they’re remnants of an older Florida (because they are), and small businesses are popping up every which way.

The Milk District is similarly located just next to Mills, and it’s name comes from the T. G. Lee Dairy factor located in the heart of this district. Both Mills and the Milk District are home to a thriving LGBTQ community and environmentally-conscious initiatives making it one of the most progressive parts of the City Beautiful.

What really makes this neighborhood special, however, is the thriving Asian community. You’ll find Asian markets, restaurants, and grocery stores all over the place serving a variety of Vietnamese, Thai, Korean, Japanese, and Chinese delicacies. Yeah, this area is a bit unpolished, but it’s artsy as heck and a wonderland to explore. 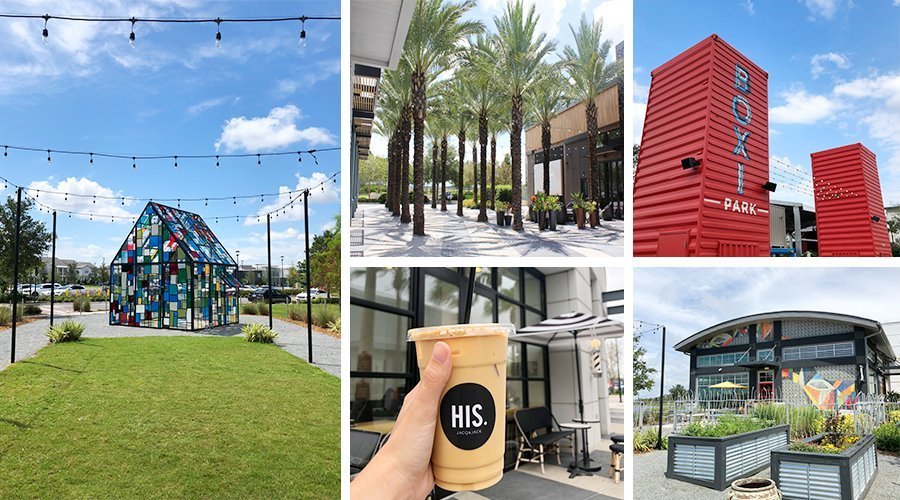 Of course I have to shout out Nona Hood! This is where I’ve lived for the past two years, and it’s truly grown into something spectacular. When I first moved here, it was a very out-of-the-way suburb of Orlando. In fact, depending on who you asked, it wasn’t part of Orlando at all.

It’s the hub of Orlando’s Medical City, so we have a lot of hospitals and a very nice Walmart. In the past year, there’s been huge growth in Lake Nona as more businesses move to this area. We’re even getting a giant waterpark in a few months! We’ve already got a brand new Drive Shack, but the real appeal is the new Boxi Park and our growing Town Center.

If you can visit, come on a weekend. The Boxi Park is open from Thursday to Sunday and there’s live music all day and night with local restaurants and bars. The whole area is made entirely of recycled shipping containers so it’s pretty impressive! 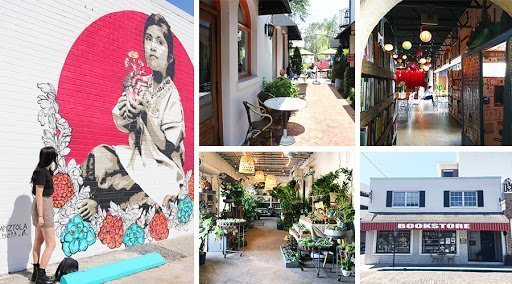 Though technically not in Orlando, Winter Park still deserves a place on this list in my humble opinion. It’s Orlando’s much fancier neighbor, and it’s a taste of a different side of Florida rarely seen in the tourist areas.

The city was originally created as a winter resort for wealthy Northerners escaping the harsh winters. Tourists came to appreciate the city’s many lakes and natural surroundings. In 1885, Florida’s oldest college, Rollins College, took residence right in the heart of Winter Park, and it’ been there ever since.

While Winter Park is still a popular destination for vacationing Northerners, it’s still retained a lot of it’s Old Florida charm and natural beauty. The best places to explore in Winter Park are Park Avenue and Central Park. Park Ave is a long, central street filled with restaurants, boutiques, and other surprises. Across the street you’ll find Central Park which has a blooming rose garden and is almost always full of college students.

Fair warning: Winter Park is still very much an exclusive place! While there are more affordable neighborhoods and finds, it’s still a place for fine dining and luxurious shops. Don’t let that stop you from window shopping, though. The best way to see Winter Park is by boat. You can take the classic Scenic Boat Tour through the many canals winding through this historic place.

If you want good food (and beer), you go to Audubon Park. This is the only district in Orlando that’s working to become an EcoDistrict with a focus on biodiversity and wildlife habitats. In 2016, Audubon Park even received the Great American Main Street Award, an award that recognizes the nation’s best example of a comprehensive neighborhood district.

Audubon Park has experienced what you could consider a massive rebranding in the past 100 years. This was a site originally developed for Central Florida’s first commercial airport in 1928, then an Army controlled base after 1940.

Today, it’s a far cry from the airport of the past. The crown jewel of Audubon Park is East End Market, a gathering place that used to be a church. Now, it’s transformed into a local farmers market and co-op.

Travel a bit down Corrine Drive to take a step back in time at the Henry P. Leu Gardens, 50 acres of gardens and Florida’s largest rose garden. Explore the vintage shops, record stores, and breweries that now call Audubon Park home and you’ll see why so many people love this neighborhood.

Explore the Best of Orlando

The next time you find yourself in Orlando, take a break from the theme parks. There’s an endless list of things to do, eat, and drink here, and it would take years to try everything. Heck, I’ve been here for years and I’m still exploring new stuff all the time!

Yet, there’s still such a thriving local community of artists, immigrants, Florida-transplants, business owners, and young people fighting to make this one of the best places to live. I don’t think Orlando will be my home forever, but I’m so privileged to have experienced it so thoroughly in my time here. Who knows what I’ll find next?

Hi, I’m Sam! I’m a full-time blogger, writer, and native Floridian. I blog about post-grad lifestyle and making money online at Samanthability.com, and I also share Disney World tips at WDWexpert.com. In my free time, you can find me camping out in Orlando’s many coffee shops. 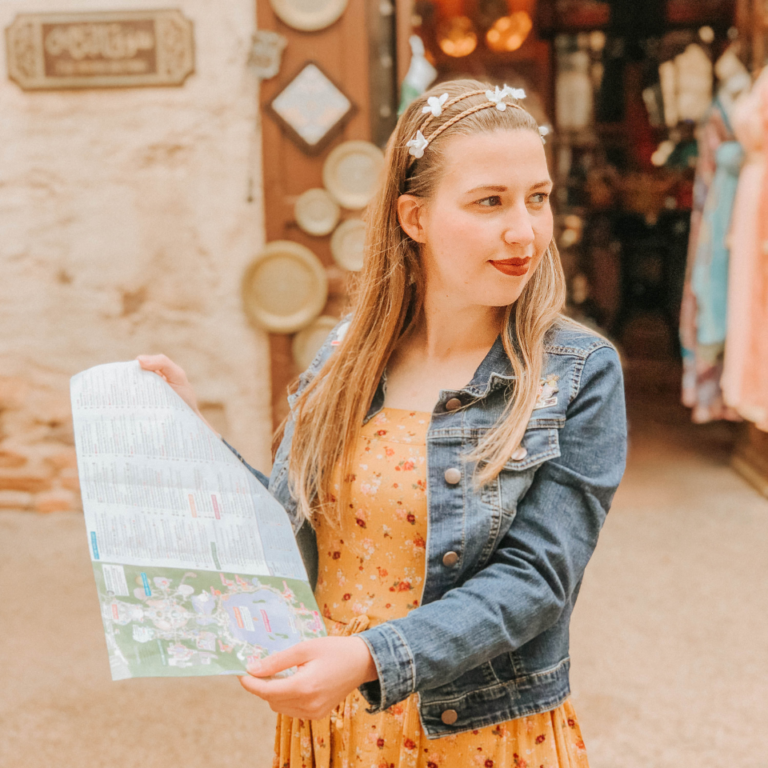